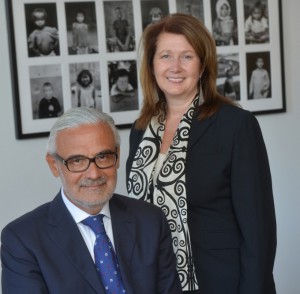 In an op-ed today in U.S. News and World Report, Professor Carola Suárez-Orozco and Wasserman Dean Marcelo Suárez- Orozco say that anti-immigrant sentiments by Republican presidential candidate Donald Trump are “a toxic narrative [that] paints with an expansive brush, tarnishing many hapless targets along its way.”

The Suárez-Orozcos state that a quarter of U.S. children today are immigrants or the children of immigrants; approximately one-third of the population under age 34 are part of this demographic. Their Longitudinal Immigrant Student Adaptation Study of 400 newcomer 12-year-olds in Boston and Northern California, who arrived from Asia, the Caribbean and Latin America, revealed the negative self-stereotyping as a result of others’ perceptions of their race, intelligence, and status.